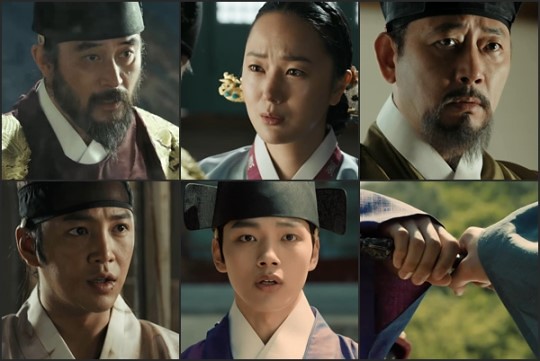 [SBSfunE] ‘Jackpot (The Royal Gambler), TV Rating is rising above 11%.

The TV rating for the 14th episode of SBS drama ‘Jackpot’ (The Royal Gambler) which was broadcast on the 10th increased 1.5% from the previous episode, reaching 11.3% (TnS Korea, Seoul area) and rising.

In this episode, Dae-gil (played by Jang Keun Suk) was wrongly accused for murder, Sook-Bin revealed deep motherly love after learning Dae-gil was her son, King Suk-Jung always maintained calm even during chaos, Yeo-nin finally realised Dae-gil was his older brother, and Lee In-jwa who is finally irritated. Through secret of birth and the fight for power, the drama is full of tension.

The TV rating also showed a positive sign, especially from the scene where Yeo-nin came out to help Dae-gil clear his name to the scene where Sook-bin grabbing Dae-gil’s hand and said ‘please wait a little bit more, this time I will protect you’. The rating graph showed a rising line.

The ‘highest rating minute’ was the scene where Yeo-nin asked Dae-gil’s birth date, at the end of the episode, he finally got the answer from Dae-gil and realised Dae-gil was his older brother.

Jackpot (Royal Gambler) is about a forgotten prince Dae-gil and younger brother Yeo-nin who fight against Lee In-Jwa to protect the throne. Broadcast at 10pm Mondays and Tuesdays.

(note: TnS is another rating system to AGB & they have been around longer.)

14 thoughts on “[News] ‘Jackpot (The Royal Gambler), viewer rating is rising steadily… above 11%”