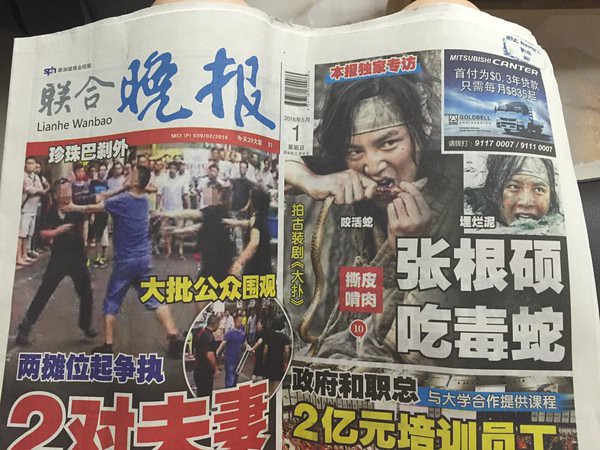 He says, “I don’t feel at all fearful filming that snake scene!”

In the historical drama “Daebak”, Jang Keun Suk plays the role of Baek Dae Gil, the forgotten prince, whose life was wanted since an infant, the little life being thrown down the waterfall, shot with an arrow, his life and death placed as a bet, and his sufferings did not end when he grew up, Jang Keun Suk fell into the well, suffered caning as punishment, fell from the cliff, buried in mud, thrown into the faeces pool, and what’s most shocking on the screen is, in order to survive, he actually had to eat a life snake!

We managed to conduct an email interview with Jang Keun Suk through One tv station.

Jang Keun Suk possess the moderate outlook of a pretty boy, yet deep within him, he is actually very determined, he told the reporter in the interview, the character of Baek Dae Gil in the drama, who never gives up, doesn’t fear, bravely faces the challenges presented upon him is very similar to his real character, which helps him assimilate into the role.

Korean oppa will usually cast in love stories, say mushy or cute lines to attract high viewership, yet Jang Keun Suk chose to suffer in his role in “Daebak”, especially the scene where he had to tear and bite the life snake.

In preparation of the filming, the production crew arranged 2 poisonous snakes, had their poisonous fangs removed, and based on the script requirement, Jang Keun Suk daringly ate the snake, and actually tore the snake apart with his bare teeth!

Jang Keun Suk says, “At that time Baek Dae Gil is a slave, to him, the snake is a delicacy to cure his hunger, I was able to put myself in Baek Dae Gil’s situation then, otherwise it would have been impossible to bite the life snake with my mouth”

All the production crew was very tensed during the filming, yet Jang Keun Suk remained calm, the only concern was viral infection and hence he quickly rinsed his mouth right after the filming completed.

With this “snake scene”, the other difficult scenes such as falling off the cliff, buried in mud in comparison are “not especially difficult” for Jang Keun Suk.

Jang Keun Suk and Yeo Jin Goo both plays 2 princes with very different fate in drama “Daebak”, when asked about his impression of working with him, Jang Keun Suk says, “Although we are 10 years apart (JKS born in 1987, YJG born in 1997), but we don’t feel the age gap at all during the filming, and both characters are competitors in the drama, hence I am thankful to be able to work with him”

Although he is 10 years senior to Jeo Jin Goo, Jang Keun Suk still looks very youthful, his secret? He says, “Other than having sufficient rest and exercise, I also pay attention to skin care”

Baek Dae Gil in “Daebak” has a very tough life, when it comes to love, he blurted to the woman he fell for at first sight “you will be my wife!”

In real life, when he meets someone he likes, will Jang Keun Suk express his love?

He answered, “It depends on the situation then and the character of the person, however if you were to ask me, I belongs to the type who will outright express my love, and will not hold back”

His fans from 35 countries supported “Daebak” through placing advertisements in airport, train stations, bus stations, on building and even push carts in supermarkets, Jang Keun Suk says, “I am very touched!”

He answered the reporter, “I have seen them all! Really touched, and what I can do now to repay my eels (he affectionately calls his fans “eels”) is through my acting, and as to love (the question of whether he will date his eels?), I have never thought from that angle”

Will Jang Keun Suk worry about his heartbroken female fans and hence not date?

“My eels have always pampered me, and our relationship has always been very close, hence I have never felt it (dating) is an issue”

He can sing and dance, and be an MC, yet he told the reporter his “greatest love is still acting”.

He gave a lecture in Hanyang University as a professor, and raised much attention, when asked if he will again take the role of the lecturer?

“If given the chance, I will, but before that, I will definitely be well prepared, haha”

◆A successful gambler in the drama, he absolutely doesn’t gamble in real life

He says, “I am a very active person, given the choice to be seated and gamble, I will chose to drive around in my car, or go snowboarding!”

Jang Keun Suk is very close to his dad in “Daebak”, in real life, being the only son, Jang Keun Suk revealed, “I spent a lot of time with my mom, don’t ask me who is ‘closer’, the party I did not pick will be upset” 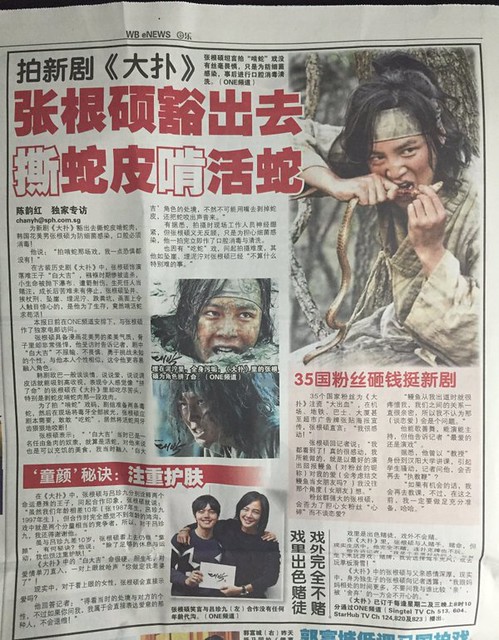 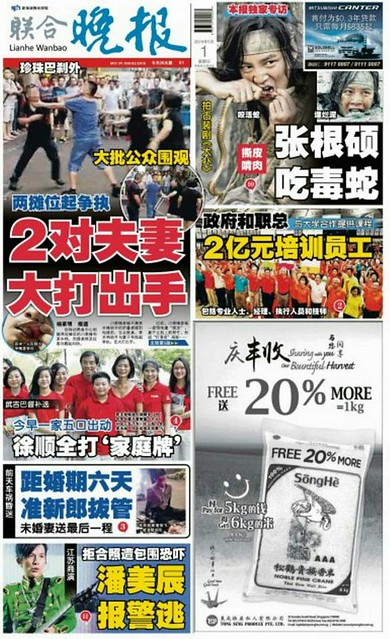