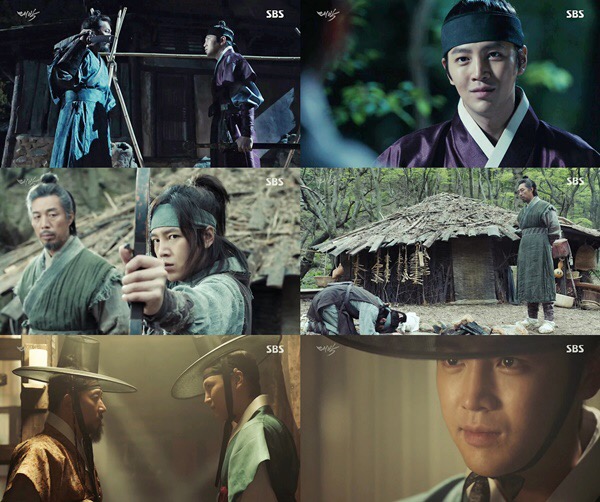 [enews24] Actor Jang Keun Suk is melting the hearts of the women of Joseon and those in front of the TV. Jang Keun Suk is proving his solid acting skills and abilities through Baek Dae-gil in SBS drama Jackpot (Royal Gambler), he’s emitting alluring charisma making people want to travel back in time to Joseon.

In episode 10 on the 26th, Dae-gil said to Hwang Jin Gi whom he couldn’t win at that point in time: ‘you, must live, this way I can have a fight with you’. Although this sounded ridiculous to Hwang Jin Gi. But no matter whom he faced, Dae-gil was always direct, his unending manly charisma, leading the storyline of the drama.

Also, Dae-gil brought herbal medicines to Den-Na (Yeo Gin Goo) for the injured Dam-seo & said to him: ‘look after Dam-seo well’, quietly revealing his concerns, moving the hearts of the women in front of the TV.

Through hard work in training, Dae-gil received his teacher Kim Tae Gun’s approval to leave the mountain, returning once again to the gambling inns. It showed that Dae-gil has done his preparations, a sign that Baek Dae-gil is starting his own era. No longer afraid of losing anything, no longer scared of anything, also there is nothing he’s not capable of now, Baek Dae-gil is pure man, he can even move the hearts of the male viewers in front of the TV.

The reason for unable not to be moved by Baek Dae-gil comes from the charisma in actor Jang Keun Suk’s himself. Fluid eye expression, low voice, his insistence & passion in working towards his goals, together with his gentle nature, all these are attractive, making people unable to resist to be attracted to this role.

Joseon’s most powerful manly Jang Keun Suk who is attacking the hearts of the women in front of the TVs, will see everyone in SBS’ Jackpot (Royal Gambler), shown at 10pm on Mondays and Tuesdays.

10 thoughts on “[article] Jackpot: Jang Keun Suk, pure manly charisma has exploded! Makes one want to turn back in time to Joseon period”