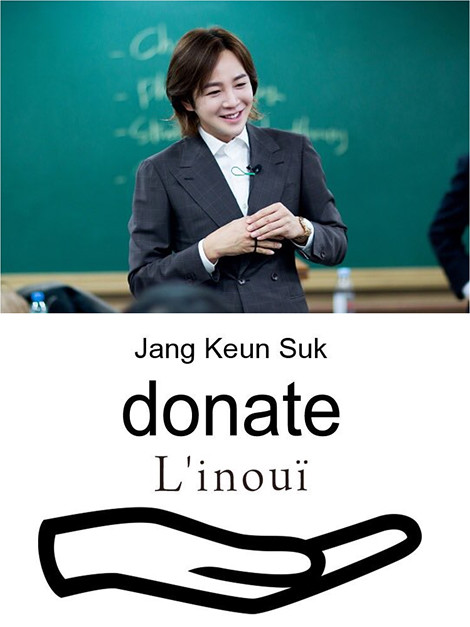 Jang Keun Suk who has contributed continuous donations and activities to spread the culture of charity is going to hold a charity bazaar with a Korean bag brand, L’inoui.

The bazaar that will be held at L’inoui Apgujeong store in Seoul on 21st from 12:00 to 17:00 has received attention as we can buy JKS’ various kinds of treasured items as well as L’inoui products. To mark this event, 30 items donated by JKS and L’inoui are going to be sold exclusively. It is said that the proceeds from the bazaar will be used for those in need.

JKS was the first actor to be appointed as a ‘sharing professor’ last year and held lectures on charity for Hanayng university students and his fans. Even at the beginning of the year 2016, he continues to show us such a warm attitude that attracts more people’s attentions.

JKS said, “I was wondering how to organize my treasured belongings. An idea that I wanted to use them in a good way led me to hold a charity bazaar. I’m happy selecting my treasured items. I hope many people will join this event and share happiness on sharing.”

JKS is to star in the upcoming SBS drama “Daebak” and play Dae-gil as his next drama. It’ll be aired in March.